Get Our Pets' Stories Straight to your E-mail!

Love Is The Pits

October is National Pit Bull Awareness Month!
Here’s what we think you should know about this common type of dog.


1) Pit Bull Is a Type, Not a Breed
The name “pit bull” is a common label given to four recognized pedigree breeds: American Pit Bull Terrier, American Staffordshire Terrier, American Bully, and Staffordshire Bull Terrier. These distinctions are often made in observation of their physical characteristics (square-shaped head or bulky body type), and not their personality traits.

2) Breed Does Not Predict Bites
Like any other dog type, a pit bull dog’s temperament and personality are often shaped by their training, relationships, and experiences. Multiple studies have demonstrated reported dog bites are not disproportionately caused by pit bulldogs. Pit bulls may receive a larger amount of negative attention from the media due to the damage their bites can cause, but these instances can often be sensationalized.

Contrary to the popular myth, pit bulls do not have “locking jaws.” Although their well-developed facial muscles and strong jaws suggest a pit bull bite could be serious, according to the American Temperament Test Society, which conducts temperament tests of dogs, you’re more likely to have a negative interaction with a Chihuahua or Shih Tzu.

3) Mixed Breed Dogs Are Often Mislabeled As Pit Bulls
Most nonprofits do not have the time, nor funds, to DNA test each pet that comes under its care. The San Antonio Humane Society (SAHS) receives thousands of pets each year and must rely on physical traits to identify a potential dog breed. But the fact of the matter is this: in our community, with an overwhelming pet overpopulation problem, the majority of pets coming into our care are mixed breeds—heavy on the “mixed.”

Many strays are not spayed/neutered, litters can be sired by more than one male dog, and although you may think you know the breed of a pup’s mom or dad, each puppy is capable of encompassing the genes and traits of ALL the breeds in its heritage. That means there could be two to two dozen breeds in their ancestry.

4) Pit Bull Dogs Are More Likely to Become Homeless
Because Pit Bull type dogs are often the victims of breed-specific legislation, housing restrictions, and common myths, they are often overlooked or left behind in animal shelters. At the SAHS, pit bull dogs remain in our care statistically longer than dogs identified as retrievers, terriers, or shepherds. This is despite the fact that many of these dogs share similar characteristics: they’re active, they're playful, and they're loving. 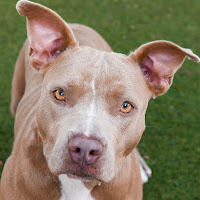 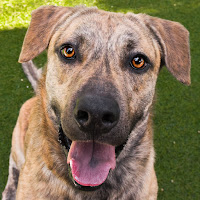 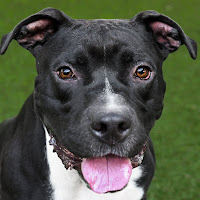 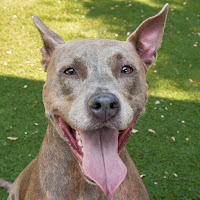 As the old adage goes: don’t judge a book by its cover. Visit the SAHS and meet the adoptable dogs seen here face-to-face. Talk to our kennel staff and volunteers who know them best. Each pet in our care is as unique as the family who is looking to take them home.